Men’s lingerie? The brand HommeMystere made it possible thanks to its new collection of lingerie intended for the “stronger sex”. Even though they cannot borrow their girlfriends’ undergarments, men now have their own line of sexy lingerie.

Indeed, the Australian brand designs bras, knickers, thongs and undershirts perfectly adapted to men’s bodies and even explains: “We design men’s lingerie. No matter if you are gay, straight, vegan or an alien”.

This concept may seem surprising, but some men think that it isn’t abnormal or sick: it simply shows that dress codes have changed and some people are willing to be comfortable with it.

Contrary to clichés, sexual preferences reportedly don’t have any influence since, according to HommeMystere, many men take advantage of the absence of their girlfriends to discreetly try on their lingerie. To support this idea, the site uses various photos displaying men and women that are happy to wear the same undergarments.

This trend is not new and can also be observed among women, who wear men’s underwear more and more often.

Our undergarments reportedly became genuine style accessories and brands began to understand it, as well as Solendro.

We want to show you some models that should appeal to you despite their lack of femininity (because David Beckham wearing knickers would surely be far less sexy than in one of these boxer briefs…): 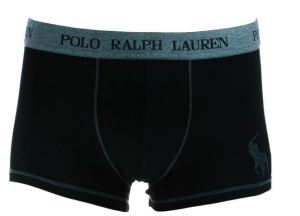 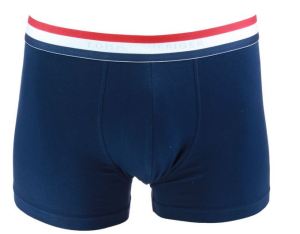 Tommy Hilfiger blue boxer briefs with a contrasting waistband for an original and sporty look.

Dolce & Gabbana elegant and very chic boxer briefs that will stand out thanks to their splendid burgundy colour.

View all posts by Solendro