As you surely already know, Satoru Iwata, who was CEO of Nintendo between 2002 and 2015, died on July, 11th, leaving behind him a video game heritage including among others the Pokemon and The Legend of Zelda series.

Quite filled with emotion by these sad news, the geeks in Solendro’s team decided to celebrate video games with underwear and to share their selection with you, which is ideal to fill you inner geek or eternal child with happiness.

Let’s begin with arcade games. Dating back to the 1930s for the first ones and widespread in the 1980s-1990s after the rise of the first electronic games, arcade games are now genuine collector’s pieces and can be sold for thousands of dollars. If you like their vintage style and you want to discreetly reveal your geek side, opt for the arcade products sold on Solendro! 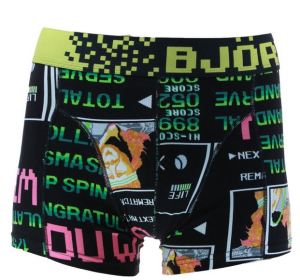 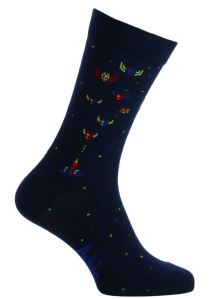 Emblematic games of Nintendo that managed to cross decades and to appeal to several generations, the Mario series have undoubtedly marked your childhood. Find your favourite plumber on Solendro and add a hint of originality and a bit of fun to all your outfits!

These Diesel boxer briefs will surely remind you of Mario Kart’s Rainbow road, considered the most dangerous level of all games in the Mario Kart series because of the surrounding emptiness.

Finally, the colourful stains on these Splash boxer briefs by Achile will surely evoke the game Splatoon by Nintendo, which was released in May. Ideal for men who want to discreetly make a reference to their passion for video games.

Come discover all these products and many more on Solendro!

View all posts by Solendro